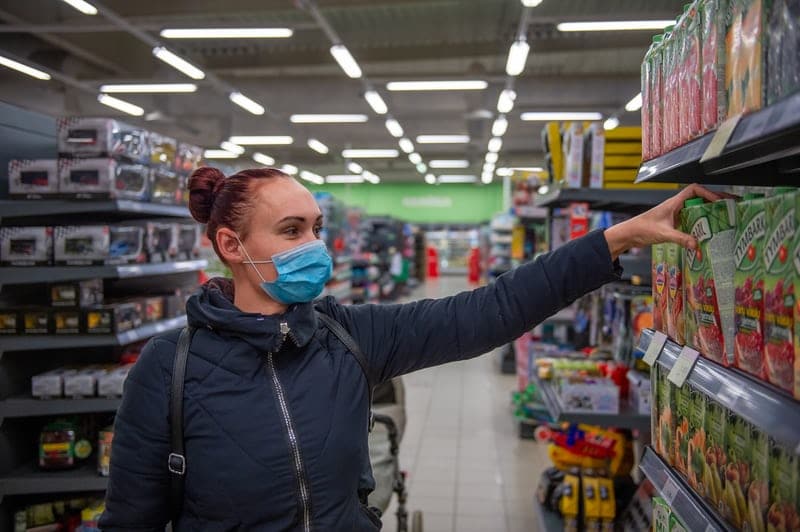 In a previous article, I covered why we should eat meatless once a week. Why? “Eating a plant based or a vegetarian diet can decrease your inflammation and chances of having a chronic digestive disease.” However, it’s not all about meat. There are dozens of foods that cause our guts to turn upside down. According to the NIDDK, 60 to 70 million Americans have been affected by some digestive disease. So let’s dive into all of the foods to avoid for good gut health!

We are surrounded by fast food chains, everywhere. When we need to make a quick decision to eat, we are often tempted to grab a burger and fries or chicken nuggets. Amusement parks, fairs, boardwalks aren’t much better offering anything fried to go on a stick. Recently watching Food Network, I was horrified to see a food truck that fried everything from a Snickers bar to okra. As much as fried food can be extremely satisfying to eat, it can wreak havoc on your gut. Time magazine reported: “More and more evidence suggests that what you eat affects your gut bacteria, also known as your microbiome. Downing a cheeseburger and fries, Barmmer says, isn’t doing those microorganisms any favors.” Adding on, they said that it can throw off hormone levels and your overall immune health. Even if you’re eating a fried vegetable—it’s just not good for you. Not just for your gut but for pretty much everything.

First let’s start with what is sorbitol? Sorbitol is a sugar alcohol and is commercially produced in the United States. Although it is commercially produced, it occurs naturally in fruits and vegetables. However, Food Insight reports: “While the safety of sorbitol and other sugar alcohols is well-documented, some sugar alcohols, when eaten in excessive amounts, can cause gastrointestinal discomfort, including gas, bloating and diarrhea. As a result, foods that contain the sugar alcohols sorbitol or mannitol must include a warning on their label about potential laxative effects.” Which leads us to our next question, what foods contain it? Sugar-free spreads, sugar-free candies and gum, diet soda, some fruit juices (every manufacturer is different), and whatever foods are driven from the diabetic food department. Naturally containing sorbitol fruits and vegetables aren’t necessarily something to worry about as long as you don’t eat them in excess. Some of those fruits are apricots, bananas, prunes, apples, and pears.

Even though vegetables are considered healthy for us and great for our bodies—they can make our gut uncomfortable. Personally, I have never heard of nightshade vegetables until researching gut health. However, they include: tomatoes, bell peppers, eggplant and potatoes. So if you eat french fries, you are throwing your gut off completely by having a fried potato. So what’s the reason for these vegetables to cause complications? Lovebug Probiotics said: “Naturally-occurring glycoalkaloids found in all nightshades have been shown to lead to intestinal inflammation and the condition known as “leaky gut” in mice, raising concerns about their effects on the human digestive tract. (11)”

There is a long list of foods to avoid for good gut health but the ones I covered were some big ones that aren’t talked about as often. Alcohol, fructose, and caffeine are also bad for your gut but are some of the most discussed issues when it comes to gut health. Have you ever cut any of these out and have had success? Let us know!