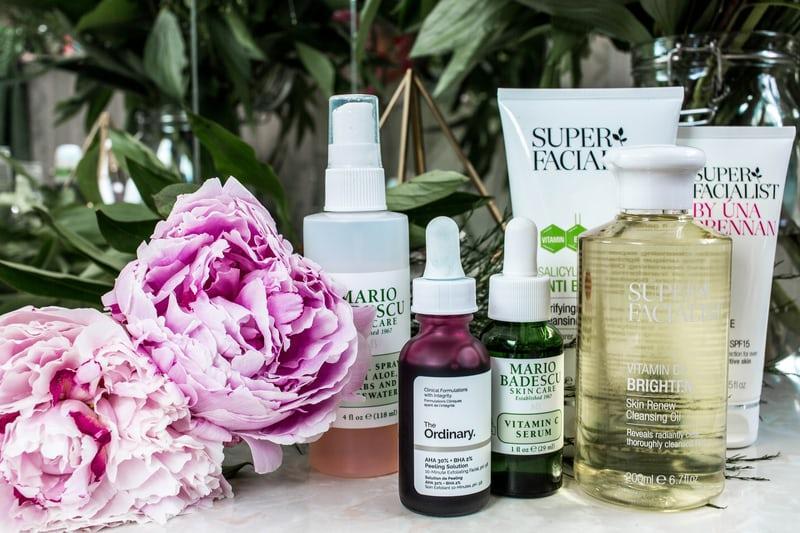 Acne is common among people of all ages. Around 80% of people in the US deal with acne here and there. Acne grows due to the clogged pores in your body. If untreated, acne can develop into further issues like infections and long-term scarring. Many people search for home remedies before making the step to see a dermatologist. Check out our tips for 5 natural ways to treat acne.

2. Mix honey and cinnamon to create an organic mask.

If you combine honey with cinnamon and some oatmeal, it can be a soothing mask for the skin. Both cinnamon and honey can fight off the harmful bacteria, if that’s what’s causing your acne. According to a study from 2017, both honey and cinnamon bark extracts were able to have a positive antibacterial effect. Try it out!

Tea tree oil is regarded as a strong acne fighter. For this reason, it’s found in many skincare products meant to help with oily skin and breakouts. Tea tree oil can fight bacteria and the inflammation caused by acne. Additionally, tea tree oil can treat the spot caused by acne. According to a study, patients who used tea tree oil-based cleansers and spot treatments were less susceptible to dry skin and irritation. Whereas people who used benzoyl peroxide as acne medication had a severe dry skin problem after they treated their acne.

Aloe vera is used in a variety of treatments, including acne. Aloe vera has the power to fight against bacteria and inflammation. Due to its antibacterial and anti-inflammatory ingredients, it can easily prevent acne breakouts. According to the research reports of 2014, people who had mild to moderate levels of acne were given an aloe vera gel with tretinoin cream. After using the potion for about eight  weeks, the patients reported a positive effect. So, using the aloe vera gel can be a game changer for acne treatment.

Over the years, people have been debating about the connection between diet and acne. Several research reports have concluded that your dietary factors including insulin or glycemic index are related to an acne outbreak. GI index (glycemic index) measures the level of blood sugar. This means how quickly a food can raise the blood sugar level within the body

So, if you eat a high GI index food, it can cause a spike in insulin. Ultimately, it will then produce plenty of sebum (oil) within the body. As a result, it might increase the chance of getting acne. So, you should avoid high GI food and replace them foods with low GI foods to prevent getting acne. This can be a method to try if you feel like nothing else has worked.

We all are aware that acne is a common problem with so many fundamental roots. Professional treatment and medication can be costly for most people. In that case, using natural ways to treat acne is a great alternative.