Effects of Too Much Sodium 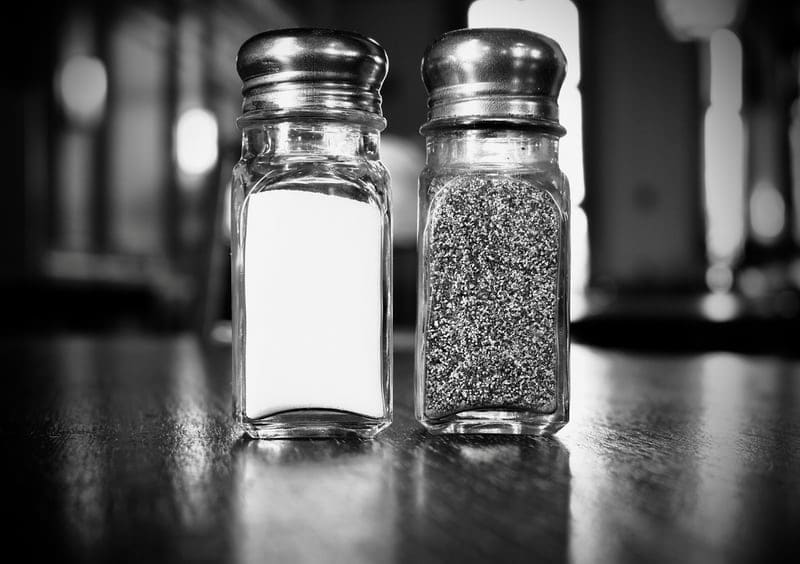 The FDA recommends that the average adult should consume less than 2,300 mg of sodium per day; however, reports from them say that the average person eats around 3,400 mg a day. To put this into another perspective—2,300 mg is equal to one teaspoon of table salt. According to the McDonald’s menu on their website, a large fry is 400 mg, a small cheeseburger is 720 mg, and with a small Coca-Cola is 40mg which equals 1160 mg total of salt. With that being said, a small lunch can consume half of your daily sodium intake…not including snacks or breakfast which leads to overconsumption of sodium at dinner time. So what are the effects of too much sodium?

If you have been pregnant before, you know during the third trimester if you eat too much salt by the way your feet swell. This is one of the given effects of too much sodium. The American Heart Association also includes bloating, puffiness and weight gain along with the other side effects. If you’re feeling like this all of the time, it’s important to contact your primary care physician.

Putting Your Overall Health At Risk

Not only can the water retention be extremely uncomfortable, but your overall health can become in extreme danger. The AHA also warns us that we have an increased risk of getting: kidney stones, headaches, kidney disease, osteoporosis, stroke, heart failure, and more. It’s important to keep and maintain a healthy balance in our diets since it’s also a necessary mineral for us to have.

Harvard School of Public Health says: “Sodium isn’t generally a nutrient that you need to look for; it finds you. Almost any unprocessed food like fruits, vegetables, whole grains, nuts, meats, and dairy foods is low in sodium. Most of the salt in our diets comes from commercially prepared foods, not from salt added to cooking at home or even from salt added at the table before eating. [1,18]” Considering the fact that a lot of microwave meals are also high in sodium, it can be difficult to avoid on a low budget.

For example, a packet of instant noodles has around 1,700 mg of sodium for one package. A can of Monster Energy drink has 180 mg. It may not seem like a lot, but when you’re adding it onto a meal, it can lead to overconsumption and empty calories. One slice (23 g) of Land O Lakes has 240 mg of sodium, so when you’re making a grilled cheese (I usually put four slices) it equals 960 mg of sodium—not including the bread. When making a meal, sodium can be extremely daunting if you are not consuming fresh and homemade foods.

How to Reduce Your Sodium Intake

Reading your nutritional labels on foods is everything. Even if you have to go out to eat, a lot of restaurants like Olive Garden, Taco Bell, Outback Steakhouse, and so on have made the nutritional information readily available on their website in order to order ahead and stay within a safe and healthy limit! Instead of grabbing breakfast on the way to work, you can make one of these healthy recipes from one of our previous articles. Meal prepping is also another great way to reduce your sodium intake due to the fact that you can buy all of the ingredients, limit extra added salts, and create your portion size.

Also, a great suggestion to keep in mind is to download a food tracker such as Lose It or My Fitness Pal. Contrary to belief, these are great for managing your health and should not be used just for losing weight. Keep these tips in mind as you learn to manage the sodium in your diet.