The Importance of Being Kind to Yourself 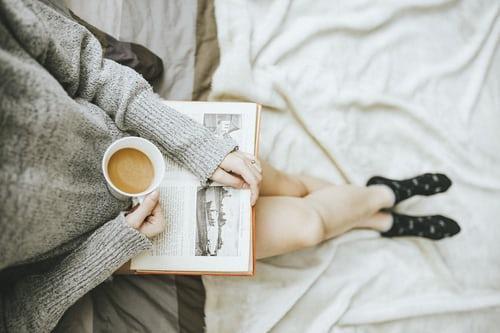 Are you hard on yourself? Do you expect more of yourself than you do of others? Allowing negative self-talk to inhabit your mind is destructive to your mental and physical health. Being kind to yourself is critically important to your overall well-being.

Research supports the importance of being kind to yourself. Studies have found that negative self-talk (aka self-criticism) can be worse than physical duress. Research compared people who were wounded by criticism and social disapproval to people who had been physically wounded in a natural disaster. People who survived “acts of God” were better off in the long term than those who were constantly barraging themselves with self-criticism.

Being kind to yourself can improve your physical, mental, and relational well-being. Here’s how.

According to a study done by the Universities of Exeter and Oxford, being kind to yourself through positive self-thoughts reduces your heart rate and sweat response. This signals a healthier, more adaptable heart, which may reduce the risk of disease. Dr Hans Kirschner, who conducted the research at Exeter, said: “These findings suggest that being kind to oneself switches off the threat response and puts the body in a state of safety and relaxation that is important for regeneration and healing.”

Additionally, stress hormones like cortisol are released when your body is in a state of fight or flight. Cortisol is directly correlated with an increase in weight and cardiovascular issues. Being kind to yourself reduces the influx of cortisol and impending health issues that result.

Being kind to yourself, or self-compassion, is associated with less anxiety and depression. Cognitive behavioral psychology focuses on the connection between thoughts and actions. Changing what you think about can change how you act. Ruminating on negativity and self-deprecating leads to higher levels of anxiety and depression while focusing on positive, uplifting thoughts frees you from this trap.

Often, anxiety and depression results from a belief that you are alone. Recognizing that what you are feeling is a shared human experience is one way to be kind and help you feel more connected to others.

Comparison is destructive. Being kind to yourself means removing the expectations that you need to be like or act like others. Endless scrolling through social media is a trigger for self-criticism and a sure-fire way to build walls and barriers between you and others. Relationships suffer. When you are unhappy with your own body, your own life, or your own family, you are unlikely to be a positive force for someone else.

Living a life of self-compassion allows you to invest in others. It’s like the oxygen mask instructions on an airplane – securing your own mask before helping others is paramount. If you’re depleted, you have nothing to give. Showing compassion to yourself is the bridge to doing the same for others.

Remember the study that showed being unkind to yourself can be worse to your body than a hurricane? Consider the impact when that “hurricane” hits you every day of your life. You can stop that storm by being kind to yourself instead.