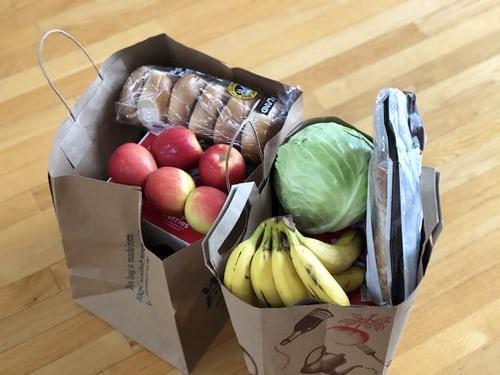 Inflammation is part of the body’s natural immune response. But too much of it is a bad thing. Common diseases based in inflammation are heart disease, diabetes, stroke, neurological conditions, arthritis and more. Inflammation of the GI tract can cause major digestive problems. Wherever inflammation occurs, it can be painful and cause chronic health problems. One of the culprits for causing inflammation or making existing conditions worse is the types of foods we eat. But luckily, there are also foods that can combat inflammation and calm it down in affected areas. Here, we’ll cover some examples of both foods that cause inflammation and reduce it.

Foods That Cause Inflammation

Added sugar in all forms, especially artificial substitutes, leads to inflammation when consumed excessively. It’s almost impossible to completely eliminate sugar, and that doesn’t sound enjoyable, either. But being aware of it can help avoid overconsumption that can lead to inflammation. Various studies showed that high-sugar diets in mice led to breast and lung cancer, and that those who drank soda saw a jump in uric acid levels which leads to inflammation, insulin resistance and kidney disease.

If you get the pattern, basically anything processed has the potential to cause inflammation. One big category is processed carbohydrates. Healthy carbs like whole grains bread, oatmeal and sweet potatoes don’t have this effect. But processed white breads and pastas cause a significant spike in blood sugar and is thought to increase the growth of bad bacteria in the GI tract, leading to inflammation.

Light to moderate alcohol intake, up to two drinks per day, isn’t going to do much in terms of inflammation. But more than that can lead to a condition called leaky gut. Leaky gut spreads bacterial toxins throughout the body, causing widespread inflammation.

If you find inflammation to be an issue or you’re worried about your risk factors, try eliminating one of these food groups that cause inflammation at a time to see if one is causing it.

On the other hand, there are certain foods that can reduce inflammation when you eat them regularly.

In one study, consuming strawberries caused a reduction in inflammatory markers that lead to heart disease. All types of berries have the potential to be anti-inflammatory because they contain a type of antioxidant called anthocyanin that can reduce risk of chronic inflammatory disease.

These foods contain high levels of Omega 3s and DHA, which have anti-inflammatory effects. Omega 3s are also essential for protecting the brain against inflammation and age-related damage.

In general, the most brightly colored vegetables contain a lot of healthy antioxidants which prevent oxidative damage and reduce information. Red peppers contain the most nutrients compared to the other colors.

Turmeric is a spice known to have powerful anti-inflammatory benefits relating to arthritis, diabetes, and just overall wellness. It’s most effective when consumed with curcumin, a compound in black pepper. So if you’re using it to season food, add some black pepper with it. Otherwise, buy turmeric in the form of a supplement that also contains curcumin.

Foods have the power to protect the body and prevent inflammation which leads to chronic disease in the future. While occasional unhealthy treats aren’t an issue, take a look at your day-to-day diet and evaluate if you can add some of the foods that reduce inflammation, and cut back on foods that cause inflammation.