Effects of Screen Time on the Brain 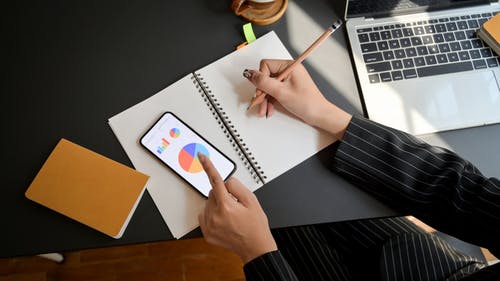 Today, we spend 90% of our free time on a device. But not all screen time is created equal. We can use our screens to better ourselves and do things that support brain health development. On the other hand, mindless scrolling on our digital devices can lead to poor effects on the brain after prolonged screen time. Here’s why optimizing screen time is key for your digital wellness.

For social media users and gamers, these apps begin to function similar to slot machines, according to a Harvard article. In America, slot machines make more than movie theaters, theme parks and major league baseball combined. Why is this? They work on what’s called a variable reward system. Social media also activates the brain’s reward system, the same part that turns slot machines into an addiction.

“It balances the hope that you’re going to make it big with a little bit of frustration, and unlike the slot machine, a sense of skill needed to improve,” said Pediatrician Michael Rich. You aren’t getting rewarded every time, but enough to keep you addicted to refreshing your notifications. This effect begins in children, and amplifies as teens pick up social media habits. It can then continue through adulthood.

According to research, the blue light emitted by our devices suppresses the production of melatonin in our body, when we use screens before bedtime. Less melatonin means difficulty getting to sleep and staying asleep, as melatonin is necessary for regular sleep patterns.

It can also pose a distraction to keep you awake during hours you know you should be sleeping. If you get up in the middle of the night and turn your phone over to check notifications, that can quickly turn into 30 minutes of mindless scrolling. That’s 30 less minutes for you to get into REM sleep and heal your body and mind. And that’s even more blue light, continuing the cycle of suppressing melatonin.

Brain scans from the Adolescent Brain Cognitive Development Study found some alarming results. Adolescents who used screens more than seven hours a day had a thinner cortex, or outer layer of the brain. Kids who didn’t use screens this much had a thicker cortex, the part of the brain that processes information from the five senses. The two are correlated, but that doesn’t necessarily mean one causes the other. More research is being conducted before scientists can be sure. Still, this is a concern.

The cortex naturally thins slightly with aging. So for teenagers and young adults who spend much of their day doing mindless digital activities, this could speed up the process and is detrimental to brain health when they reach adulthood.