Colleague vs Coworker: Which to Use? 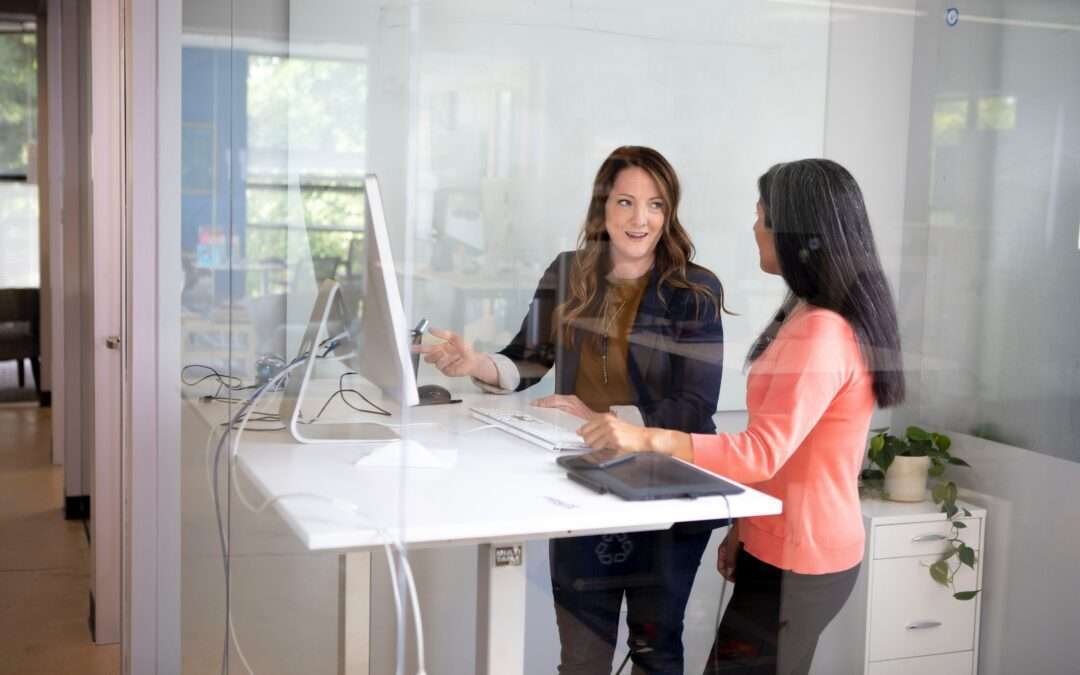 In this day and age, language can lead us astray. In both personal and professional settings, it is important to use the right words to convey what you mean. If someone tells you they are thorough with their work, that means something very different than if they were through. These kinds of distinctions must be made all the time, but especially in academic worlds or workplaces, where our vocabulary helps dictate how we are perceived.

A lot of words have similar meaning, but distinct contexts. Think about the difference between cabinet and armoire. Although they generally indicate the same thing, the word itself creates meaning through the sound, and there is a difference in technicality. An armoire is typically ornate or antique, and a cabinet must have shelves. The distinction, as you can see, changes the way the word sits in a sentence.

The difference between the words “coworker” and “colleague” run on a similar thread. Although using the technically incorrect word would likely slide with no consequences, it sounds much more professional and accurate to show that you know your stuff. You never know whether or not the person you are addressing knows the distinction or not, so it is always best to use the right word and put your best foot forward.

So what is the difference?

Simply put, coworker is an appropriate descriptor for someone who shares an office with you. That can mean a physical building, as in, someone you interact with in the office, or someone within the company with the same title as you. Typically, these will overlap. A coworker is “a fellow worker,” according to Dictionary.com. Oxford Languages defines a coworker as “a person with whom one works, typically someone in a similar role or at a similar level within an organization.” Basically, coworker is a very neutral word defining the people within your organization with whom you work.

On the other hand, a colleague is a completely different distinction. “Colleague” can be used to describe any person you work with. According to Oxford, “a person with whom one works in a profession or business.” Colleague is a much more general term. Instead of just signifying the people within your organization, “colleague” can refer to any person with whom you conduct business, including external entities. There is also a different connotation with the word. Tracing back to French and Latin roots, colleague has been used for more time and more often since the 16th century. Calling someone a colleague has an implicit layer of gravitas and respect.

Coworkers and colleagues alike know you in a professional sense, so be mindful of your words and be sure to treat everyone with respect. An important note to make is that there are some people at organizations who dislike both terms, and neither is to be used when referring to someone above your standing. Calling your boss your colleague removes some of the respect that comes with having a higher standing within the company. Calling your boss your coworker is far too casual for some tastes. If you are ever unsure of someone’s preferred title, feel free to ask. Maybe you have some coworkers who long to be called colleagues, and some colleagues who wish they were coworkers. The good news for them is that within reason, these words have a very similar meaning, and the substitution would not be a great offense.