What Tom Sawyer Can Teach Us About Corporate Wellness 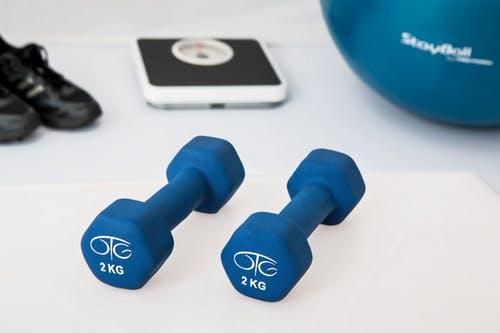 In The Adventures of Tom Sawyer, Tom must paint a fence for his aunt. He saw it as something he had to do and was dreading the task. Instead of taking on the work, he framed it as play and convinced his friends to want to paint the fence for him. Turning work into play has many applications in the workplace as a way to increase motivation toward an activity. Why then do most wellness reward programs do the opposite: turning play into work?. This is the Sawyer Effect. Daniel Pink illustrates the concept in his book, Drive: The Surprising Truth About What Motivates Us.

Extrinsic motivation comes from outside rewards and incentives. Intrinsic motivation is what makes us want to get something done, whether there will be a reward or not. It’s doing something simply because you want to do it, not because you’ll get something for it. It’s what gets kids to do their chores or grownups to do their work because they want to. When we differentiate tasks as work or as play, one is an obligation and one is a choice. When you add an external reward, the Sawyer Effect shows it can actually weaken a person’s intrinsic motivation. This is especially the case if used in the long term.

The Sawyer Effect in the workplace

A study around the Sawyer Effect found children were less motivated to draw when they were promised and given a reward for drawing. Children who decided to draw solely because of their intrinsic motivation were more likely to maintain that drive to draw in the future. The rewarded children, on the other hand, got bored or burned out. This is the Sawyer Effect in action turning play into work and having negative effects on motivation.

Similar to the effect seen in those children, “if you do this, then you get that” rewards in the workplace can be counterproductive. Contingent rewards can be detrimental to intrinsic motivation in employees. Gamification for employee engagement can, however, have positive short-term effects. The most obvious of these is tackling immediate issues of disengagement or lack of motivation. Game-based motivation has been found to increase engagement by up to 48%. However, these effects can wear off over time and have negative consequences.

When heavy incentives are offered around wellness tasks, intrinsic drive can take a hit. Instead of kick starting long-term healthy habits, they might affect employees’ internal drive when the reward isn’t there. In a “biggest loser” weight loss contest incentivized with weekly rewards, one wellness manager found participants would lose enough to get the weekly reward. They would then gain it all back over the weekend and continue the cycle. The Sawyer Effect was in full swing. They were losing weight to get the reward, not because it was fun and rewarding for them. Author Laura Putnam suggests a weight maintenance challenge would be a better approach for long-term motivation.

Heavily incentivizing any wellness task in the short term will likely cause the same long-term reliance on the reward and decrease in motivation. Rewards should be used if the goal is a one-time fix or when intrinsic motivation is low enough that employees can’t see the benefit. But short-term rewards aren’t the best bet if the goal is long-term wellness or a task that will need to be repeated. For example, biometric screening completed once per year.

If you’re looking for a short-term engagement boost or a quick jump in wellness efforts, gamification is effective. But rely on extrinsic rewards too much, and you’ll turn people away from what got them excited about your workplace to begin with. Painting the fence, like participating in a wellness program, can be a job that you only do for a reward. Or it can be a fun activity that you do with your friends. Using the right types of motivation in your wellness program will help you, like Tom, turn hard work into play.