Habit Stacking: Why and How to Start Practicing It 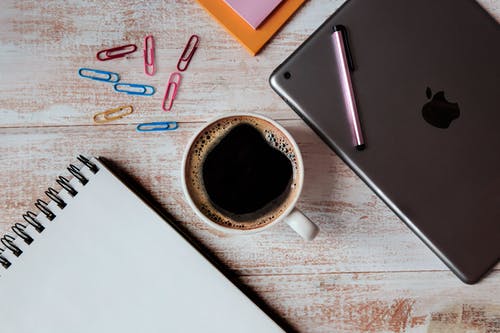 They say it takes 21 days to build a habit. But what if you could expedite that process? Habit stacking is a tool to quickly integrate new habits into your routine. It involves leveraging old habits you’ve already built and do everyday. In this article we’ll cover the whys and hows around habit stacking so you can make steps toward your goals today.

How does habit stacking work?

Habit stacking is based on the Tiny Habits method popularized by Social Scientist BJ Fogg. It involves stacking a new habit you want to pick up on top of an existing habit, or “anchor.” The method has rave reviews from people who have had great success. One woman now does 63 pushups when she could only do six at the start. Another proponent used it to learn Spanish and become a seasoned meditation pro.

If you’ve ever felt on autopilot while getting ready for bed, brushing your teeth or brewing your morning coffee, that’s all due to neuroscience. When we do tasks regularly, our brains create strong neural pathways to support that behavior. With habit stacking, we take advantage of those neural connections. Our brain doesn’t really need to think about doing our current habits. To get new habits to that point, attaching them to an action you do makes it easier to remember them. Also, it makes it easier for those neural connections to be formed around new habits than if you tried to implement a habit without stacking it. Identify a habit you already do, and stack this new habit on top.

Why should I try it?

Sticking to a new habit can be a challenge, even with the best intentions. Take New Year’s resolutions, for example. 80% of Americans fail to hit a single resolution they set for themselves. Building a new habit isn’t easy.

Habit stacking might be your solution. The reason it works so well is because your current habits are already so embedded in your brain. You don’t have to think about them. Habit stacking makes new habits work that efficiently. New habits will get to that second-nature point sooner, because they’re anchored to a task you do innately.

How do I start?

Start by writing down a list of small habits or tasks you perform daily. This can be:

You get the idea. These are actions you already take. Next, create another list, this time writing down a few habits you want to build. The less, the better. Habit stacking gets difficult when you’re trying to do too many new things. Stick to two or three you feel are most important. For example:

Now that you have your habits and your anchors, write them out in a Tiny Habits “recipe” format. If you have the lists above, this would look like the following:

After I brew my coffee, I will take these 4 vitamins.

I will drink a glass of water after I reply to an email.

Now you have the formula for creating successful stacked habits. Put your personalized “recipes” on your desk or somewhere you will see them often. Once you start, habit stacking makes it easier to keep it up. It’s easy to rationalize missing your goals when they are something you have to remember to do every day. Thanks to Tiny Habits, these stacked habits will soon meld together and you’ll easily do them everyday, without ever looking back. You might even get further than you ever expected. If you build a walking habit, who says it can’t become a running habit?