Choosing the Most Accurate Fitness Tracker 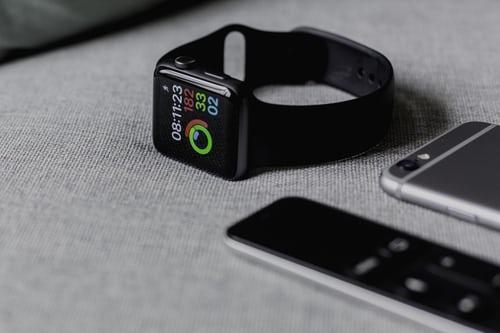 Fitness trackers such as Apple Watch, Fitbit, Garmin and more are great tools for motivating yourself and identifying tangible goals. They can show you your exact step count, calories burned, minutes moved, heart rate and movement pace. These can be great to track progress and meet goals. But is all the information they’re giving you accurate? What if you plan your calorie intake around the 500 calories you burned during your run, but that was an overestimate and you only burned 300? What if your step goal is 10,000 but your watch is undercounting and causing you to feel defeated? Is there a most accurate fitness tracker? In this article, we see how the most popular fitness trackers stack up in comparison based on a few different factors.

Fitness trackers generally use two different systems to track calorie burn. The first is through accelerometer data, which measures a user’s acceleration of their body when exercising to translate that to energy expenditure. Heart rate monitoring, on the other hand, takes into account the user’s age, height, weight, etc. and uses their measured heart rate to calculate energy expenditure. Different trackers are more accurate when it comes to data recorded by these two methods. For example, as we’ll mention later, the Apple Watch was found to be better at heart rate monitoring, while the Fitbit had a great accuracy rate with accelerometer data.

One thing to consider is accuracy vs. features. Let’s say you’re particularly interested in highly accurate data on one aspect, like your heart rate. Maybe you know you need to keep your heart rate in a specific range for your workout. In this case, you might want to opt for a device that does only this and does it really well. The heart rate monitors you strap around your chest are more accurate for heart rate, so that’s something to consider if that’s more important to you than something with all the bells and whistles, like an Apple Watch.

In a study on walking data, Fitbit boasted 99.6% accuracy for walking outside without hills, and an overall 96.4% accuracy. It had a repeat ability of 0.72 and 0.81 respectively, so overall the accuracy was great and stacked up well against some more expensive competitors.

Some users reported step tracking and accelerometer data being miscounted after some time of using their Fitbit Versa, so Fitbit outlines steps to calibrate it to ensure better accuracy.

One study found the Apple Watch to be superior and a clear winner at tracking heart rate. But it was subpar at calculating calorie burn. If calorie burn is a big deal for you, you might want to look to the other popular trackers. The Fitbit Surge was found to be the most accurate for energy expenditure when stacked up against similar trackers.

Another thing to consider is the tendency of popular trackers to overestimate calorie burn. In the course of a day, a couple hundred calories isn’t that big of a deal. But if you are working toward long-term goals, it can be misleading and throw you off track.

The bottom line is that there’s no perfect fitness tracker that’s going to be accurate 100% of the time. Stanford research showed even the most accurate fitness tracker was off 27% of the time, meaning you should take some of the data with a grain of salt rather than trusting it all the time. A small deviance in data day to day isn’t a big deal, but over time you want to be aware that the data will be slightly off. Fitness trackers a great supplemental tool to help you reach your fitness goals, but you should never get too hung up on the numbers aspect. Focus more on how you feel. If you crushed that workout, what does it matter if you burned 300 calories or 350?