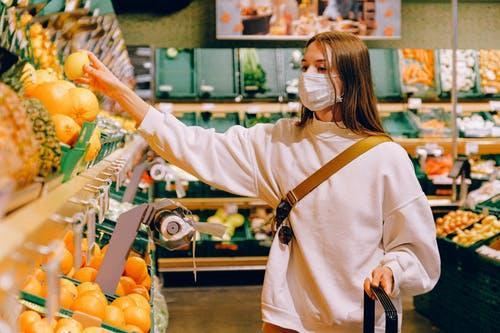 The USDA defines being food insecure as “a lack of consistent access to enough food for an active, healthy life.”

Why are college students food insecure?

While food insecurity in college students tends to be more prevalent and pervasive in students from low-income backgrounds, the problem appears to be spreading to the middle class. Rising tuition costs in addition to other costs of living often leave students with no other option than to deprioritize meals.

Meal plans at many colleges and universities are too expensive for many students, so they often go without one. Or, they go with the less expensive plan that provides food for only ten or so meals each week. Food insecure students often report skipping one or multiple meals each day.

Time is often a major constraint for students from low-income backgrounds. In addition to packed academic schedules, these students often have to work a significant number of hours in order to stay afloat financially.

Many students have other family members they’re caring for and often do not live on campus, resulting in more time spent on other obligations as well as commuting. These factors all leave little time for food prep. Many of the foods students consume are convenience foods like ramen noodles that lack essential nutrients.

Additionally, institutions of higher education have less money to spend on support programming for students than ever before. According to an article published in the American Journal of Public Health, states have slashed budgets significantly to the tune of $9 billion in the last 10 years. Student-services are among the first items on the chopping block when institutions experience budgetary constraints.

Not having enough to eat undermines students’ abilities to do well in school and, ultimately, to complete their degrees. In a study focused on first-year students, those who were food insecure showed higher perceived stress levels, poorer sleep quality, and lower grade point averages than their food-secure counterparts.

Many students who can’t afford food have to make the decision between working full time or staying in school. This is particularly true of students with children. Others take on incredible debt while in school in order to afford meals and other living expenses, creating a lasting setback for their long-term budgets.

Food insecurity can also result in negative social and psychological impacts. Many social engagements in college are centered around food. An invisible privilege exists for those who can afford to participate in these activities. Not being able to participate can lead to social isolation.

The impacts of food insecurity can carry on throughout a student’s entire life, affecting their physical and mental health. These students are more likely to experience hypertension, diabetes, and lung disease among other chronic health conditions.

Alleviating hunger on college campuses requires a multi-faceted approach. This includes developing and supporting campus food banks, food recovery programs, and student-led initiatives. Efforts should be made to decrease stigma related to the issue on campus as well. Community support, external resources, and education about government-sponsored programming should all be incorporated into an institution’s plans for addressing food insecurity in college students.