5 Games for a Strong Mind 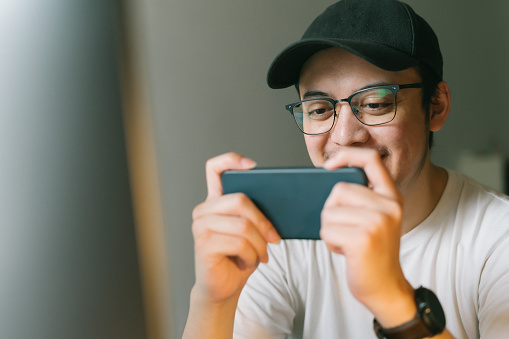 With aging comes inevitable change to the body and mind. Sometimes the changes are subtle and other times they’re unmistakable. No matter how young or old you are, it’s important to support your brain health by nurturing a strong mind. Brain-training games build neural pathways that improve your working memory and mental agility, preventing the onset of diseases like Alzheimer’s and dementia. Here are some of our favorite games for a strong mind.

Used by more than 60 million people worldwide, Lumosity is one of the most popular games on the market. Lumosity enhances memory, processing speed, problem solving and other cognitive skills through daily exercise of the mind. The program adapts to individual strengths and weaknesses and offers personalized feedback to build a strong mind. An in-house study found that their brain puzzles improved working memory, short term memory, processing speed, problem solving, fluid reasoning, and overall cognitive function.

For those who like numbers, Sudoku is a favorite for building a strong mind. Sudoku relies on short-term memory to complete the puzzles. Users must look ahead to see the patterns and consequences to number placement since each choice limits the next one. This kind of puzzle requires careful planning and improves short-term memory and concentration as a result. Difficulty level varies and puzzles are easily accessible in the newspaper, puzzle books, or apps.

If you’re not inclined toward number puzzles, Crossword puzzles have remained a well-loved game to build a strong mind for generations of users. Like Sudoku, these games can be found in a variety of places like newspapers, puzzle books, and apps. Daily word puzzles challenge verbal language and memory and are excellent brain exercises for all ages and abilities. Crossword puzzles draw from many different areas of knowledge and offer varying levels of difficulty.

Claiming to have the largest collection of brain games online, Braingle boasts more than 15,000 puzzles, games, and other brain teasers. They also offer an online community of other users as well as the ability to create your own puzzles. Unlike some of the other games that build a strong mind by focusing on a single kind of puzzle, numbers or words for example, Braingle offers a wider variety of games, including optical illusions, codes and ciphers, and trivia games. Braingle is only available on the web.

With claims that it’s the number one app to challenge your brain, Peak is a mobile only option. Available for both iOS and Android, Peak builds a strong mind by “pushing users hard with short, intense workouts designed around your life.” Games test focus, memory, problem solving, mental agility and more. Peak allows users to see how they stack up against others, which provides extra motivation for competitive users to return to the app again and again.

Holistic support for a strong mind includes games like the ones mentioned here alongside exercise and smart nutritional supplementation. In combination, you will reap the benefits of a strong mind and better wellbeing in the years ahead.